We are open and shipping 6 days per week, however we are experiencing delays due to increased demand. Please allow an ADDITIONAL 3-7 days for order processing and customer service responses. Dismiss 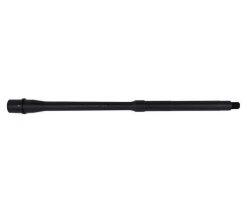 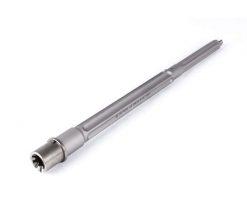 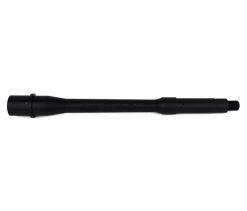 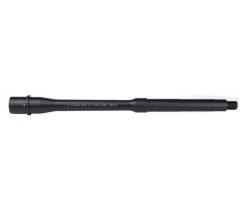 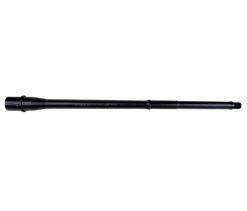 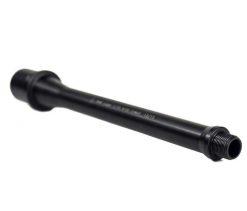 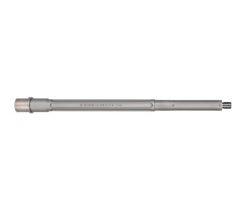 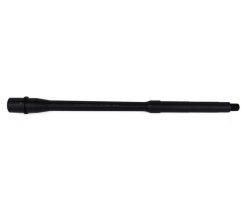 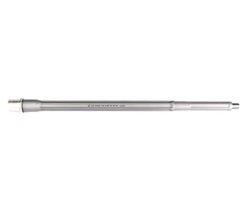 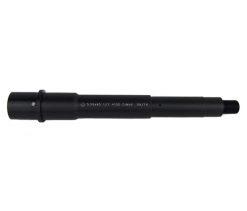 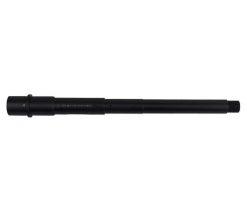 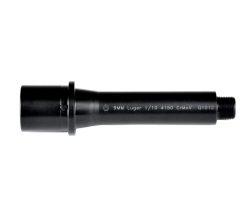 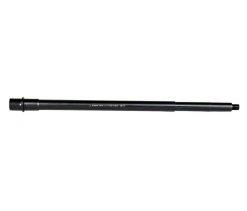 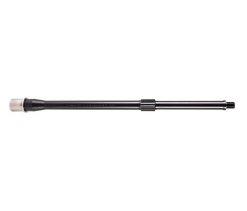 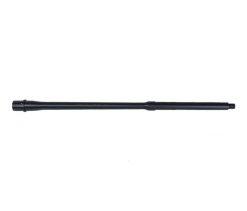 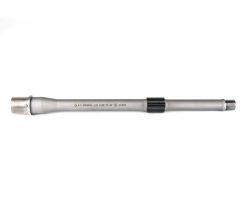 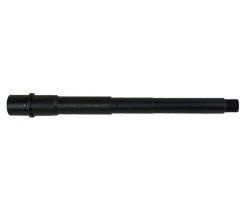 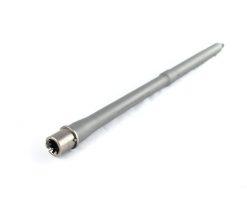 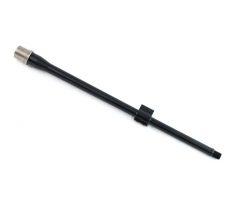 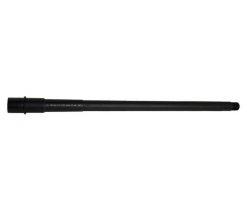 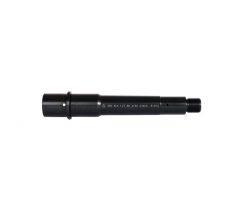 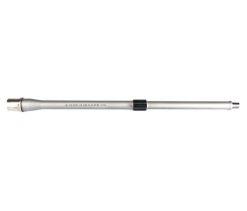 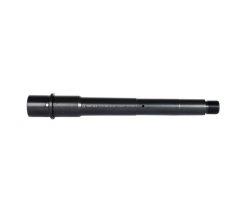 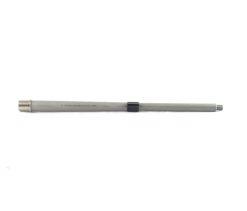 With so many brands to choose from, it can be extremely difficult to make a decision when shopping for an AR-15 barrel. Luckily, at AR-15 we’ve handpicked products from some of the best brands on the market. Some are more affordable than others, but we can guarantee that each of the brands on our list have stellar reputations in the AR-15 market and offer quality American-made barrels. Currently, we offer barrels from the following companies:

When choosing the right length for your needs, consider shooting distance. If you will be shooting at longer distances, choose a longer barrel for increased accuracy and maximum projectile acceleration / velocity. Lighter, shorter barrels are useful for shorter distances and confined areas. They are generally easier to carry and maneuver.

Today, barrels are often classified by gas system and belong to one of the following four groups: carbine, midlength, pistol, and rifle. There are also less common designations such as intermediate, and rifle+1, rifle+2, etc. These terms refer to gas system length rather than barrel length. Barrel manufacturers will calibrate the gas port diameter to work well with a chosen gas system length, ensuring that the rifle will cycle properly. While the manufacturer “tunes” these barrels to the best of their ability, there are variables such as ammo quality, bullet weight and the buffer system which can affect the cycling beyond just the gas system length and gas port diameter. For example, most barrels are ported to cycle properly when used with a “Carbine” buffer system. If a “Rifle” buffer system is used, the stiffer spring and heavier buffer weight may prevent the system from cycling properly. It is also common for barrel manufacturers to port these barrels so they will cycle even cheap underpowered ammo properly. This could result in an over gassed system when being used with high quality match grade ammunition. Tuning an over gassed system could be as easy as using an adjustable gas block or playing with a heavier buffer weight. Tuning an under gassed system might require opening up the gas port a bit more (proper tooling and machining experience required) or adjusting the buffer system (lighter spring, lighter buffer, etc.)

Barrel profile affects both the barrel’s weight and shooting characteristics. There are many different AR-15 barrel profiles, including: lightweight, government, heavy, pencil, and even brand-specific profiles such as Ballistic Advantage’s “Hanson Profile” and Faxon’s “GUNNER” profile. In general,the heavier the barrel, the more durable it will be, and the more heat it can withstand from constant firing. However, a heavy barrel makes a rifle more difficult to maneuver. A lightweight barrel will be easier to maneuver but may react poorly to prolonged rapid fire usage.

The profile of your barrel can affect barrel flexion while shooting, known as “barrel whip”. When a bullet is propelled into a rapid spin, the stock may drop significantly, causing the muzzle to rise. This may affect shooting accuracy. While slim, light barrels (such as a “Pencil Profile” barrel) may not resist barrel whip as well as heavier, more rigid ones, this does not necessarily mean that you cannot achieve accuracy with a long, thin barrel, since other factors come into play.

For shooters trying to minimize weight while maintaining accuracy, Fluted Barrels are often a great option. The most obvious benefit being that flutes can reduce the weight of the barrel while maintaining rigidity. This helps mitigate barrel whip. Another important benefit of fluted barrels is that the flutes aid in heat dispersion. Long range precision shooters know that increasing the heat of the barrel can decrease it’s accuracy. Past a certain point, the hotter the barrel gets, the wider the groups it produces. Flutes, with their effect of increasing the surface area, help cool the barrel more rapidly which can be a distinct advantage in combat or competition.

Twist rate is essentially the number of rotations of a bullet compared to the inches it travels within the barrel after a weapon is fired. For example, the barrel of the very first AR-15 made by Armalite had a twist rate of 1:14, which means that the rifling took 14 inches to complete a full rotation. This rate was marginal at best, since bullets became unstable during testing in colder, high-pressure climates. A faster rotation allows for more bullet stability. For example, a barrel with a 1:9 ratio means that a bullet will complete a full rotation after traveling only 9 inches. However, you must take into consideration the weight of the bullet you will use before choosing the right twist rate ratio. Generally, these are the recommended bullet weight-grain and twist rate combinations for .223/5.56:

Keep in mind the chart above consists of recommendations for .223/5.56. Other calibers such as 6.8SPC II, 6.5 Grendel, etc. will have different optimal twist rates.

Explanation of 5R rifling first requires us to define a couple terms:

Lands – the plateaus that interface with the projectile (bullet).

Grooves – the cuts into the bore. These are what stabilize the bullet by “twisting” or spinning it as it exits the barrel.

Conventional rifling is time tested and has been refined over the years and typically employs either 4 or 6 symmetrical lands and groves on the bullet. The lands and grooves are directly opposite of eachother. There is nothing necessarily wrong with conventional rifling. Most barrels, including those in service with military or law enforcement feature this type of rifling.

5R Rifling on the other hand is an improved rifling method that changes the shape and relationship of the lands and grooves. Firstly, it is an odd instead of even number of lands/groves meaning that they’re not directly opposite of eachother. Second, and this is a big one, the sides of the lands are slanted (less sharp) compared to the conventional rifling. How does this help? When accuracy is paramount over long distances, bullet geometry is important. It has to cut through the air, so when there is less deformation of the bullet, it retains a higher ballistic efficiency. It also makes the bore of the barrel easier to clean. Less sharp edges mean less places for lead, copper or other superheated materials to get stuck.

Here’s a summary of the types of materials available in AR-15 barrels, and the advantages and disadvantages of each:

An additional factor to consider is chambering, which largely depends on the type of ammo you will use. Since the AR-15 is so versatile, barrels actually come in at least 66 different calibers, from .177 to .50. A 5.56 is a common choice because it allows you to use both 5.56 and .223 ammo. However, you normally cannot shoot 5.56 ammo out of a .223 barrel because of the difference in pressure.

Below, you’ll find an overview of popular chamberings.