When taking a look at one of the first upgrades to make to your AR-15 or AR-10, you should most certainly look at which triggers are the best for you. Whether you are going hunting, shooting competitively, or simply plinking at the range, there are triggers designed for your specific need. Click here to view our Trigger Buyer’s Guide. 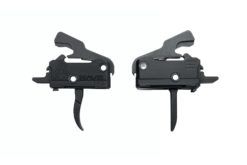 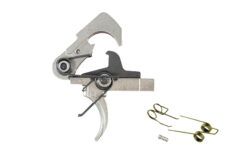 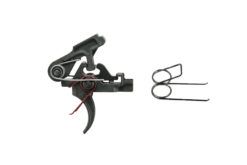 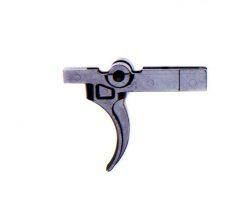 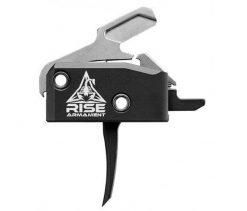 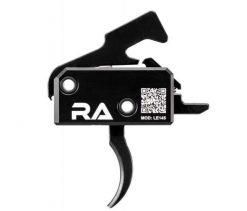 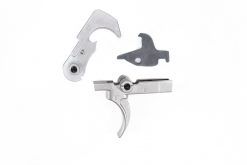 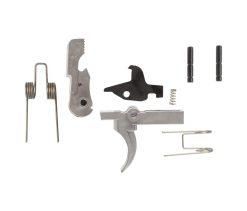 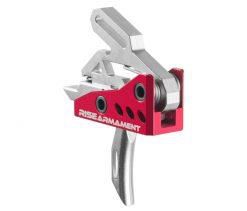 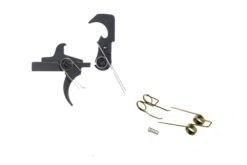 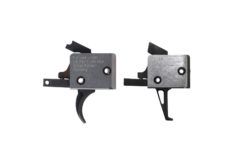 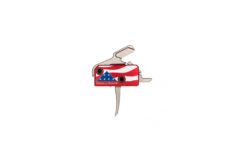 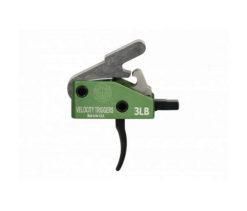 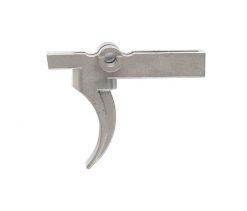 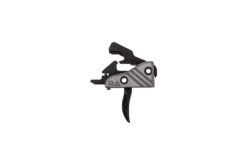 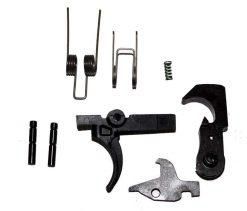 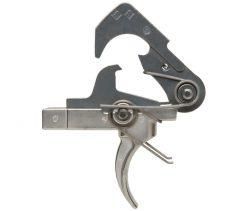 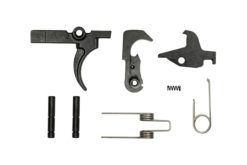 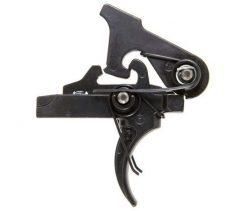 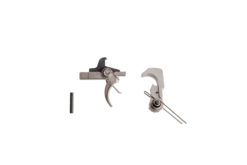 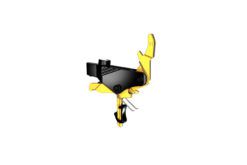 Getting the right trigger for your build can make all of the difference in the world. Often times, this can make the difference between winning your competition, collecting that hog you just put down, or even proving to your friends that you’re the best shooter in the group. Let’s take a look at some of the triggers that you might be looking at, when on our site:

Single-stage triggers are the most common triggers to come across and are used in many other firearms across the world. You have most likely used one of these, once in your life. Single stage triggers will have virtually no over-travel and will have a consistent and clean break.

Dirty Bird Industries Single-Stage Nickel Teflon Trigger Group – The first Dirty Bird Trigger features polished engagement surfaces and a beautiful Nickel Boron finish. The trigger pull is very smooth and has little to no take up. With a 5-5.5 lb pull, you can’t go wrong with this trigger.

Hiperfire EDT Designated Marksman Trigger – Hiperfire triggers are some of the best in the world, and the EDT line is no different. Featuring their trademarked radical sear mechanics, you get a medium pull weight between 4.5-5 lbs. The Swingfast hammer head provides a more accurate experience. This crisp, clean trigger is an instant upgrade to a stock trigger.

Rise Armament RA-140 Drop-In Trigger – This is considered by many to be the best bang-for-your-buck trigger on the market. Not only is this our most popular drop-in trigger on the site, but the RA-140 has hundreds of 5 star reviews across the internet. With a crisp 3.5 lb pull and a clean break, you should not sleep on this trigger. It even comes with a free pair of anti-walk pins and comes with a flat and curved blade.

Two-stage triggers require a second pull range to fire the weapon. The first stage will usually take the most effort and will be the heaviest portion of the pull. Once you have reached the second stage, the trigger will once again, have a clean and crisp break.

Two stage triggers have become increasingly popular over the last several years. They are very useful in hunting situations and are often used in the military and law enforcement communities.

Geissele 2-Stage G2S Trigger – The G2S was designed with the customer in mind, with a cost-effective approach. This trigger features a 4.5 lb pull and allows for precise trigger control.

Geissele SSAE Trigger – The SSAE was designed to be used in marksman situations where accuracy is of the upmost importance. The SSAE has enhanced trigger control while still maintaining its robustness. The SSAE features a reduced pull weight for the first stage and a crisp and very light second stage.

Curved Triggers are some of the most common ones in the industry and have been traditionally used in many AR’s. Many people like to use the Curved triggers, when they are doing precision shooting. Many curved triggers will be used in hunting situations and plinking at the range.

Velocity Drop-In Trigger – Curved – 3lb – The Velocity Triggers are some of the most underrated ones in the industry. Velocity Triggers have a diamond-like-coating which provides for a low coefficient of friction and high micro-hardness. This single-stage trigger features a 3 lb pull.

Hiperfire HIPERTOUCH Elite Trigger – The HIPERTOUCH Elite trigger is one of the best triggers that you can get for an AR. This single-stage trigger has adjustable pull weights between 2.5-3.5 lbs, and has virtually no over-travel. The curved blade also comes with a backbone.

Geissele SSP Dynamic Flat Bow Trigger – Geissele’s first single-stage trigger also happens to be a flat-bowed trigger, as well. This trigger has no take up and a super clean break with a pull weight of 3.5 lbs.The SSP is made from S7 Tool Steel to make sure that it will endure the toughest of conditions.