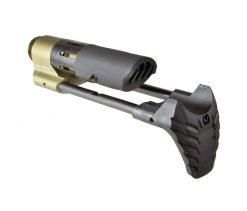 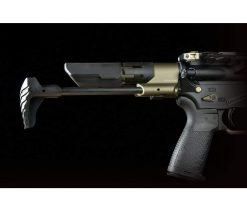 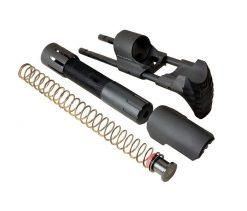 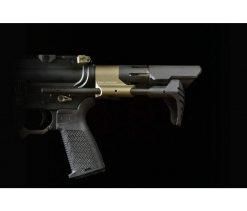 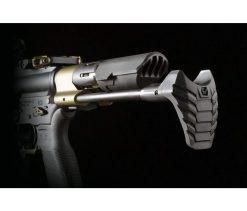 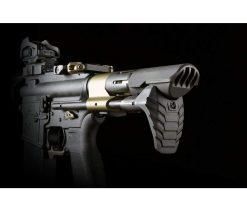 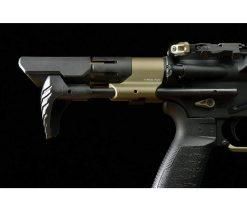 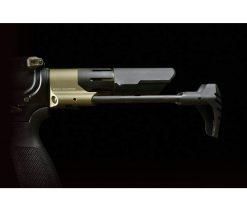 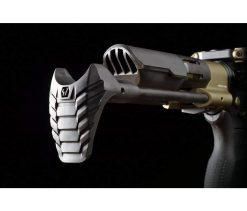 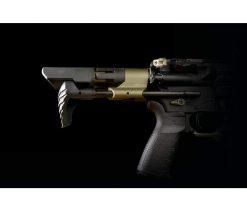 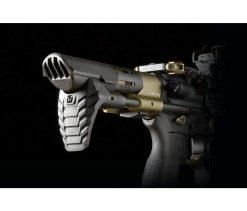 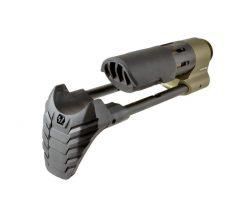 Only 5 left in stock

The Strike Industries PDW stock represents the pinnacle of ultra compact PDW systems. At the compressed position, the compact PDW allows for effortless maneuverability particularly in close quarters and vehicular operations. With the press of a button, the rapid deployment system instantly spring to the extended position for greater shot stability. Previous PDW systems for ARs have been notorious for expensive proprietary systems, spotty reliability and poor ergonomics.

The Stock is designed to able to drop into your existing platform. The buffer system is carefully engineered to provide for high reliability while allowing for the use of standard bolt carriers, allowing for multi-role use with a single system. The included flat wire spring increases bolt load despite the compact dimensions for greater reliability, even in extreme short barrel configurations.

In addition to mechanical reliability and performance, we at Strike Industries have also paid close attention to human factors to increase comfort and controllability. The low footprint shoulder weld is shaped to conform to the shoulder pocket for maximum stability and control even in compromised or unconventional shooting positions. Included with the PDW is a rubberized cheek rest to create a comfortable cheek weld, a criticism of many competitor PDW systems.

Note: Compatible with Angstad Arms 9mm, PSA 9mm.  The PDW will likely work with any 9mm AR that does NOT use a proprietary buffer assembly.

Note: This is not considered a “Blade” or “Brace”, it is considered a stock and will turn a pistol build into an SBR. Strike will be releasing a stabilizer brace version of the PDW stock which will be compliant for pistol builds but the ETA is unknown.