We are still OPEN and shipping 6 DAYS A WEEK. Please allow a 3-5 business day delay on shipments. Dismiss 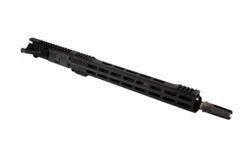 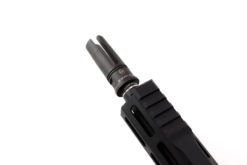 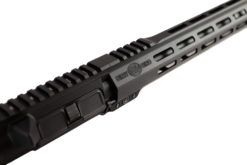 The Dirty Bird RECCE V2 Upper Assembly is the latest evolution of our popular 16″ SMRS Upper Assembly. This upper is built to withstand extreme hard use while maintaining exceptional performance and accuracy.

What is the purpose of a RECCE rifle?

The base role for the Recce was/is to give eyes-on-target Sniper-Observer teams the ability to get close while providing a more capable/longer 5.56 reach and an emergency assault and/or break contact capability. – Summation given by a former SEAL

The Barrel is our very own Dirty Bird 16″ 5.56 NATO Midlength 416R Fluted Barrel. The barrel sports a mid-weight profile with aggressive fluting up front. This reduces muzzle-end weight, improves maneuverability, and enhances heat dispersion, all while maintaining rigidity. The domestically sourced 416R Stainless Steel is button-rifled with a 1-8 twist, which is known for it’s ability to properly stabilize a wide variety of bullet weights. The barrel is then treated with a matte black QPQ Nitride finish which is non-reflective and extends the life of the barrel by up-to 15,000 rounds.

[Compared to an Mk-12] Most of us that have a lot of time on one (myself included) think that 16″ is better for a number of reasons;
1. 2″ does make a difference, especially with a can.
2. weight (it’s not pounds at this stage it’s ounces) and remember that balance has a factor here too.
3. I’ve shot both together on the same range at the same time. I don’t really care what charts and scientists say, me and mine can hit just as good with 16″ as 18″.