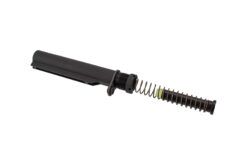 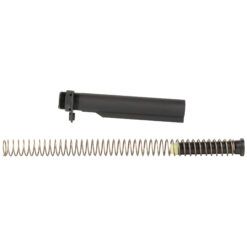 Only 2 left in stock

Bravo Company Manufacturing, initially a garage start-up company in Hartland, Wisconsin, nineteen years ago, has evolved into a premier company providing lifesaving tools and weapon systems. With a continued focus on stringent quality control methods, BCM has forged a solid reputation among private and professional sectors by creating some of the best weapon systems on the market and is widely recognized by responsible citizens and government agencies locally and worldwide. This Mod1-T0 MK2 Recoil Mitigation System is a true testament to the quality Bravo Company Manufacturing puts into anything they produce.

AR15 platform rifle recoil is something all firearm enthusiasts struggle with regarding comfortability and follow-up shot accuracy. While several options are available to help lessen the problem, most result in a loss of operational reliability, and that’s the primary reason BCM offers the complete Mod-1 T0 Recoil Mitigation System. This system from Bravo Manufacturing Company is made to lessen felt recoil but still allow consistent carrier velocity, helping you make an accurate shot and providing more reliability than a conventional carbine buffer system. The Mod1-T0 system uses an M16A4 rifle spring with more spring coils than a traditional M4 carbine which widens your operational envelope, and the internal counterweight travel significantly reduces bolt bounce. Each part of the MK2 Recoil Mitigation System is constructed with 7075-T6 aerospace-grade aluminum guaranteed to provide years of dependable service, and the Mod1-T0 features all Mil-Spec components.

Additionally, this Mod1-T0 System’s internal spring reduces the noise of the counterweight shifting action and ensures a much better and more consistent weight placement. When paired with the included BCM MK2 Receiver Extension, slightly longer than a carbine buffer, the T0 buffer and system will produce surprisingly outstanding results. With each shot you take, whether at the range or during a hunt, you’ll instantly realize this Recoil Mitigation System upgrade from BCM was definitely the right choice.