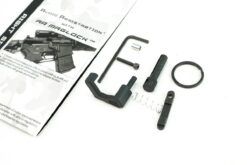 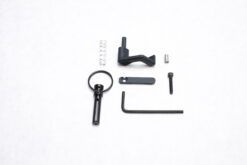 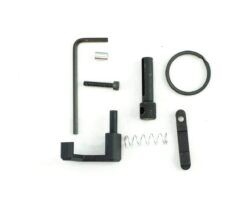 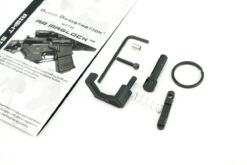 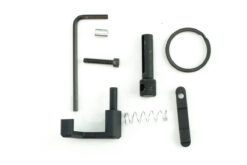 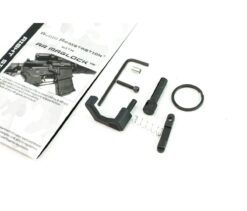 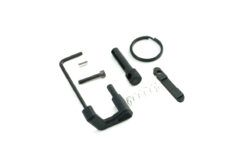 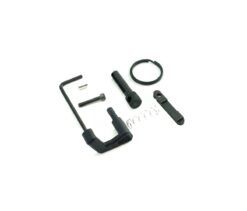 STAY COMPLIANT WITH THE LAW

Potentially compliant refers to all states and municipalities, not New York or anywhere else specifically, as New York is not the only place with detachable magazine restrictions. On the other end of the spectrum places such as Cook County IL have ordinances that make our product potentially compliant also, but we leave it to the end consumer to make that judgement based on their knowledge of the local regulations. We can’t be expected to know all of the regulations in every place that the ARMagLock can be used.

Additionally, at a minimum, the ARMagLock being installed on your firearm demonstrates to LE that you are making a good faith effort to comply with the vague legislation. See our legal disclaimer and terms of use for additional information.

ARMagLockis superiorin every way to any competitors product. Our solution allows the shooter to re-insert a magazine while the upper and lowers receivers (the action) are closed or open, allowing for SIGNIFICANTLY faster magazine changes. Our competitors products ONLY allow the shooter to re-insert a magazine while the action is in the open state, slowing you down CONSIDERABLY. Our product allows you to have the ejection port cover open or closed when closing the action, the competition only allows this with the port door closed, causing even slower operation. Our product does not scratch your upper receiver with an adjustment screw like competition does. Last but certainly not least, ours also has finger knurling for excellent grip in any and all weather conditions, in addition to coming with the knurled grip tacticool rear take-down pin and accompanying split ring for quick pull operation. How could there be any other choice than an ARMagLock

Our design and engineering are second to none combining full featured functionality, durability and aesthetics to bring you a solution that is comparable to none. We have designed the ARMagLock to cater to the most demanding firearms enthusiasts. We are SUPREMELY confident shooters will find ARMagLock superior in every way to any other product on the market. We encourage you to try other products but know you will opt for ours as ARMagLock is the PREMIUM solution for fixed magazine systems.

We have heard rumors of copy-cat products in the marketplace. The ARMagLock is covered by U.S. Patent No. 8,756,845. ARMagLock is THE ONLY licensed device under this patent. Selling or installing ANY other device which utilizes an arm extending from the magazine catch button to the upper receiver, and which prevents the magazine from being removed unless the upper receiver is removed from the lower receiver, infringes this patent, is in violation of U.S. patent laws, and will be pursued as such.

In no more than 10 minutes, even a novice AR-15 owner can install our part. Simply remove the OEM magazine catch or Bullet Button and install the ARMagLock with the easy to follow instructions included in the packaging.

Additionally, you will find on our website and on Youtube many videos demonstrating the install and testing procedure.

Finally, at Ammoland.com you will find a still photo installation pictorial with every detailed step documented and photographed.

To release the magazine, simply pull the rear tacticool takedown pin and open firearm action, push the ARMagLockbutton to release magazine, slap the action back together and insert a new magazine, fire away. Rendering it once again a fixed magazine firearm.