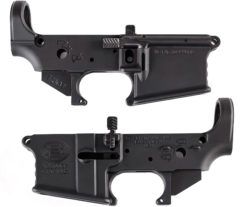 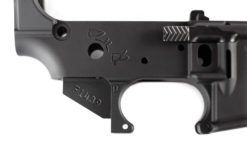 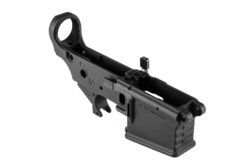 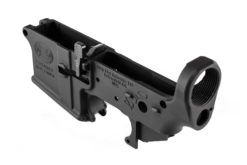 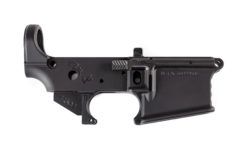 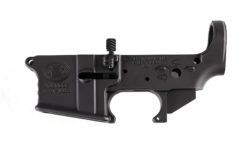 We wanted perfection, so we teamed up with the folks at MVB Industries. MVB, best known for their innovative ARC-X PDW Stock, is one of the industries’ best kept secrets. And while we’d love to keep them all for ourselves, we can’t talk about the quality of this lower without giving huge props to their team. Lots of companies are known for their creative vision, others are known for their unwavering attention to detail. MVB does both, and they do it very, very well.

You’ll notice that in addition to ATF issued serial numbers, all of the lowers feature a unique identifier machined near the pistol grip interface. This is for tracking each individual unit throughout the production process. This added step allows QC staff to trace any potential quality issues back to an exact machine and a given batch, no matter how long it has been since that unit was produced.

It is one thing to add features to a battle proven design that is over 60 years old. There are some pretty crazy lowers out there, but are they practical? Do they sacrifice reliability? Do they make the lower more difficult to service or upgrade?

*Black color is type 3 hard anodized per mil-spec. Other colors will be Cerakote.